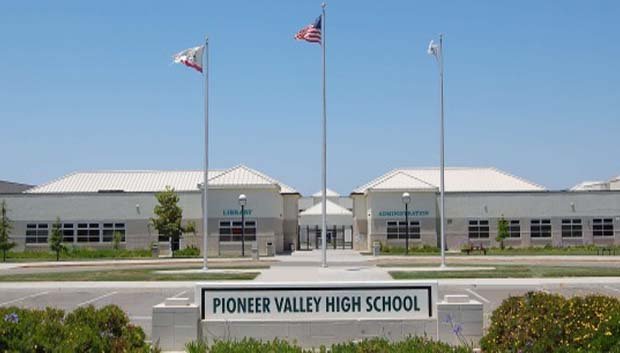 On January 8, 2014, officer from the Santa Barbara Police Department placed Robert Keith Banks under arrest for narcotics sales.  The suspect had 9.75 ounces of heroin in possession at the time.  Officers also discovered a collapsible police baton, which is considered unlawful under Penal Code 16590 (m) in the State of California.  He also had an outstanding arrest warrant of $20,000 for a probation violation.

Investigators believe that Banks is a major player in the illicit heroin trade around Santa Barbara.  The suspect is based out of Inglewood, a city in southwestern Los Angeles County.  He had been transporting large amounts of narcotics to local dealers in Santa Barbara.  Detectives were able to establish contact and subsequently located him in the Carpinteria area.  The arrest was made at the McDonald’s parking lot on Casitas Pass Road, near the 101 freeway.

Banks had been suspected of illegal narcotics sales and investigated by the police for the past three months.  Detectives started the process in October 2013.  The arrest was a cumulative effort that resulted in the 46-year old man being taken into custody.  According to police, the approximate value of the heroin in his possession at the time of arrest was $9,300 on the streets.

After his detainment, police transported Banks to Santa Barbara County Jail.  Besides the $20,000 warrant for violating his probation, he was also booked for the sale and transportation of narcotics, as well as unlawful weapon possession.  The bail bond for the new charges was set at $30,000.

Thousands of Lewd Photos of Kids Discovered on iPhone and Computer

On December 19, 2013, Salvador Gallegos Munoz went to a Sprint Store in Santa Barbara to exchange his iPhone 4S to a newer iPhone 5 model.  The store technician took the older phone and hooked it up with the new one.  He began transferring the data between devices, when he noticed images of pre-teen boys performing lewd acts.  The employee contacted his corporate office security division about the situation, in which they instructed him to call the Santa Barbara Police Department.

Officer arrived on scene and confiscated the iPhone 4S for evidence.  After receiving a search warrant to go through the device, detectives discovered three photos of children engaged in sexual conduct.  One image showed two boys, who appear to be 10 to 12-year old in age, performing lascivious acts with each other.  Shortly afterwards, the detectives were able to get a $20,000 warrant issued for the arrest of Munoz.  In addition, another search warrant was obtained from a judge to search his home near Pea Soup Andersen’s in Buelton.

Execution of the warrants took place at approximately 7:00 am on Tuesday, January 7, 2014.  Munoz was immediately taken into custody by officers and his computer was searched thoroughly.  Detectives discovered thousands of images and videos on his hard drive.  By his own admission, Munoz indicated that he had been accumulating child pornography for at least eight years.  He also exchanged images and videos with other users over the Internet during that time period.  During the interrogation, Munoz denied being involved in any physical sexual acts or abuse.

Detectives are investigating the situation further.  Munoz was transported to the Santa Barbara County Jail where his bail bond has been set in the amount of $20,000.