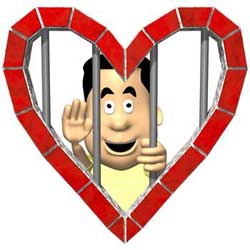 Sometimes love knows no bounds.  For inmates in Santa Barbara County Jail, dating someone can be difficult to say the least.  Valentine’s Day is coming up, so here are some tips and suggestions that can help you continue your loving relationship.

When someone is in custody, the first thing you may want to consider is calling a Santa Barbara Bail Bonds agent to see if there is a possibility the inmate can be released.  This is especially true if it’s a new arrest.  Oftentimes, people are taken to jail on petty or misdemeanor charges.  In many of those instances, the arrestee may be let go with a citation or on his/her own recognizance. 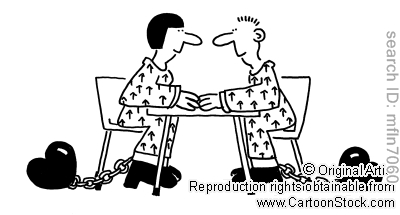 If the charges are more serious, or if the person has prior convictions, then there still may be a possibility of getting a bail bond.  This would allow the defendant to attend Santa Barbara Superior Court at a later date.  Although Valentine’s Day is on a Sunday in 2016, the stress of leaving someone in custody may ruin the romantic celebration.

In situations where a bail bond is not possible and the person is actually serving a sentence, then you will need to contact the Santa Barbara County Sheriff’s Department about visiting the inmate in person.  There are many different schedules, so it’s best to call them ahead of time to find out exactly when to make your plans.

If visiting someone in Santa Barbara County Jail is not possible, then try writing a letter.  When you call the jail at 805-681-4260, you will hear recorded information on their address.  Furthermore, it will also instruct you on how to properly address the envelope so it gets to the right person.

Dating someone in Santa Barbara County Jail is not that unusual.  If you’re on Facebook, you can check out a video we posted on our page that gives advice on the situation: Absolutely Affordable Bail Bonds.  Hopefully you will find that special someone on Valentine’s Day and if they happen to be in jail, then this advice may help.